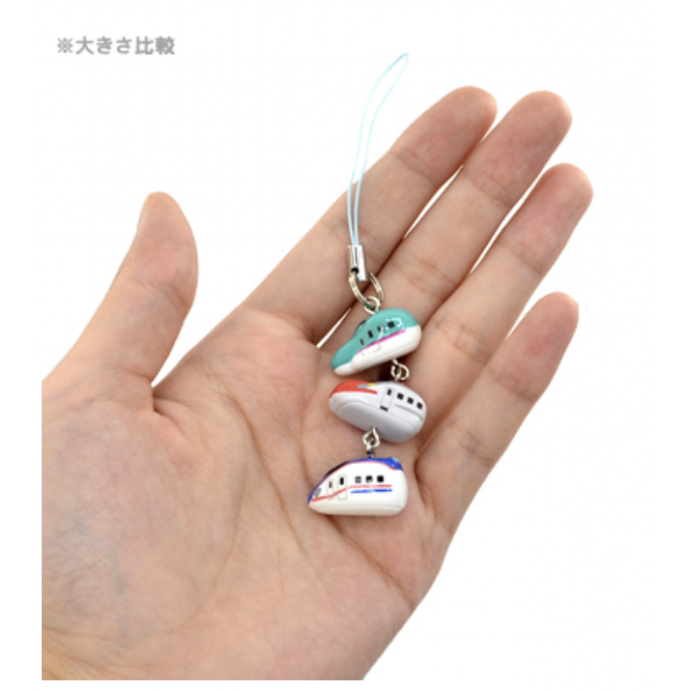 The Hayabusa (はやぶさ, literally Peregrine Falcon) is a high-speed Shinkansen service. The E5 series (E5系) is a Japanese Shinkansen high-speed train type operated by East Japan Railway Company (JR East). The initial maximum speed in service was 300 km/h (186 mph), but later was raised to 320 km/h (199 mph) between Utsunomiya and Morioka from the start of the revised timetable on 16 March 2013.

The Komachi (こまち) is a high-speed shinkansen service between Tokyo and Akita in Japan, operated by the East Japan Railway Company (JR East) since March 1997. It is the only shinkansen service that runs on the Akita Shinkansen, and uses E6 series trains.

The Komachi service was named after a famous poet from the area, Ono no Komachi, whose name (小町) is also synonymous with "belle" or "beauty" in Japanese.

The Kagayaki (かがやき, lit. "glitter" or "luster") is a high-speed shinkansen train between Tokyo and Kanazawa on the Hokuriku Shinkansen line in Japan. The shinkansen service was introduced on 14 March 2015.

Unique decoration! You can hang it on your keys, bag or purse, etc.

Absolutely lovely item - it would make an original gift.

Please note: Details and colors of the images might be slightly different from the actual product.